Wow! It has been SO long since I have done a blog that WordPress has quite a few changes. Mostly, I have just been sharing my limited images via Facebook–but decided to keep a theme and share my recent new shooting technique. (New to me, not anything I invented!)

Have you ever had an image where you moved when your shutter was still open and it blurred your photo? Maybe–strong winds with your camera on a tri-pod without using a cord?  I certainly have had my fair share of blurry photos due to unintentionally moving something I should not have while I was shooting.

Recently, I was reading an e-book, “SLOW The Magic of Long-Exposure Photography” by Andrew S. Gibson. I learned that there is a technique to intentionally create movement in camera and it is called–wait for it…Intentional Camera Movement (ICM). I had seen the results of images posted by others, especially with fall shots and didn’t know how to achieve it, but now I do! As Mr. Gibson suggests–you can look it up on Flickr and see some talented shots.

The technique is basically panning your camera as you shoot in Shutter priority with a long enough exposure–half a second or longer to create the movement, with abstract results.  I found the coastal region of Northern California to be an ideal spot for this venture.

Pacific Ocean below a bluff 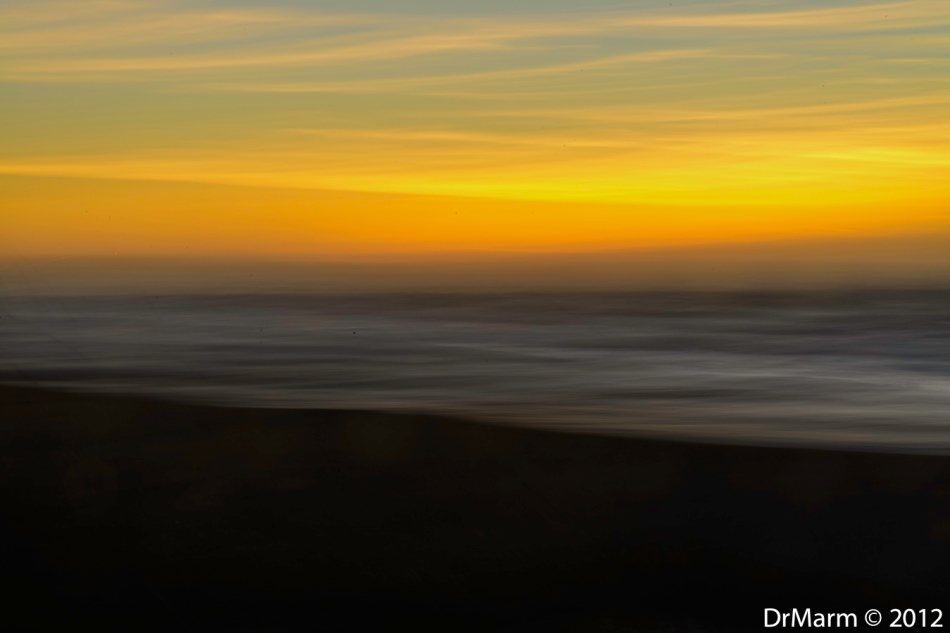 Liked the angle of the water

The advantage of this shoot being at sunset was that I could get quite a few different color options as the sunset faded and the light show began.  The above images were processed using Lightroom 4.3 and started as RAW files, so I would have more choices refining what I captured and wanted to share.

En route to the sunset location there was a grove of trees in their winter glory–no leaves and darker bark with sunlight hitting them just as I wished. so, here is actually my first attempt at ICM.

Got a good chuckle, and decided I was pleased with my result. Clearly, there is indeed movement during this shot! Soon, I discovered it was much easier to pan horizontally than vertically! Hold camera and tuck in elbows to your body for a cleaner pan.

There was a field with such luscious green grass a herd of White-Tail Deers were munching away in the distance. The road was a good 50 yards or more from where they were located, and we were separated by a barbed wire enclosure. Here are a few shots of the pasture.  The first two shots are from the same file–only difference is with the “Clarity Slider” in Lightroom.  Same exact image with clarity at -100 for the second view–no other differences, but certainly changed the result!

Boosted Clarity to about 60

One last view of the deer in the distance with a nice tree to provide a change in scenery!

Continuing with the theme of movement…here are two images that were not ICM, but I kept them due to their abstract result.  If you know me, I am a great fan of Lensbaby Optics and love the abstract results you can create with them, so no wonder why I couldn’t part with these shots. To clarify–neither is a Lensbaby image! 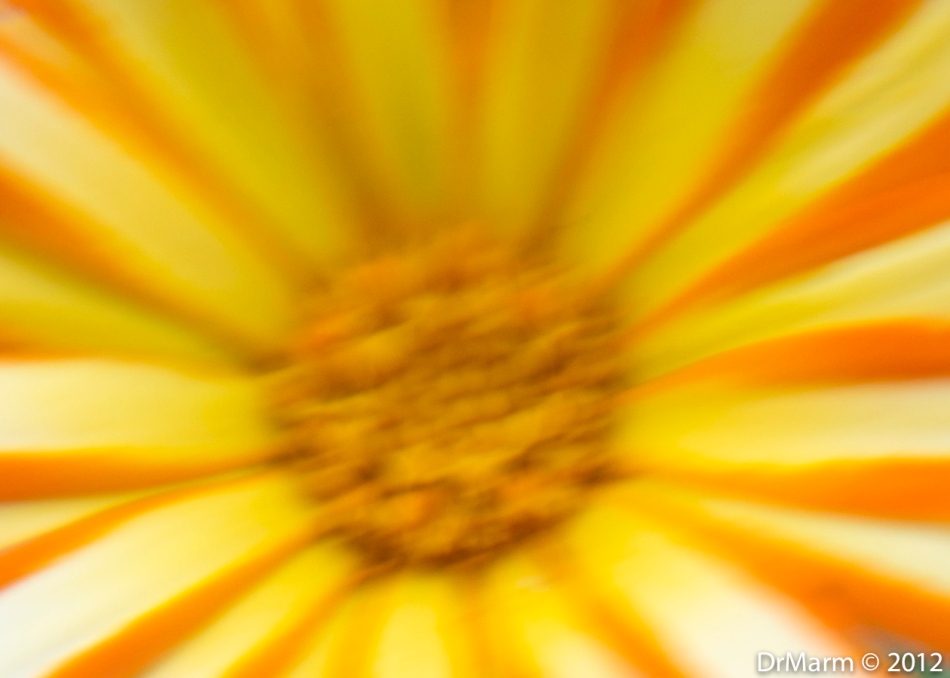 Drawing of a Sun

What came to my mind as I first saw this image was that it reminded me of pictures that children draw with a sun in the sky with rays coming off of the center. OK–I still draw mine that way, am certainly NOT an artist in that respect!

This was taken at dusk…my intended shot was to get the hawks that were swooping down and making a meal of the bats that were coming out from under the specially designed bridge (designed for the bats, the previous one was lost in a flood). I used a WAY too long of an exposure to hand hold and the speed at which the bats were exiting and hawks swooping and snacking were much faster than the settings on my camera were! 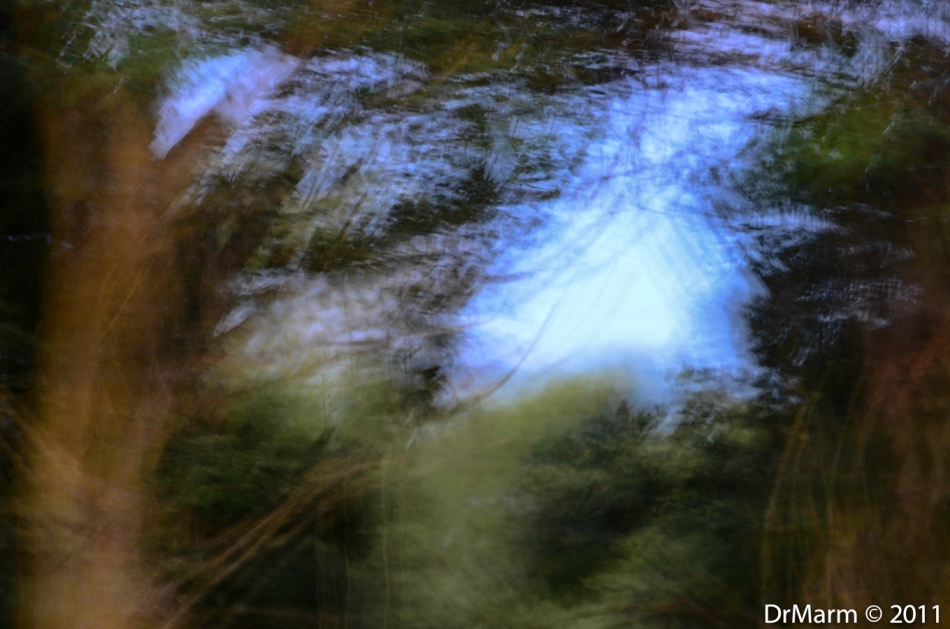 Look forward to working on my panning and ICM skills and writing more blogs to share with you!

This entry was posted on December 30, 2012 by DrMarm. It was filed under Uncategorized and was tagged with ICM, Intentional Camera Movement, Nikon 24-85mm, Nikon D800E, Northern California, Ocean, Pacific Coast.